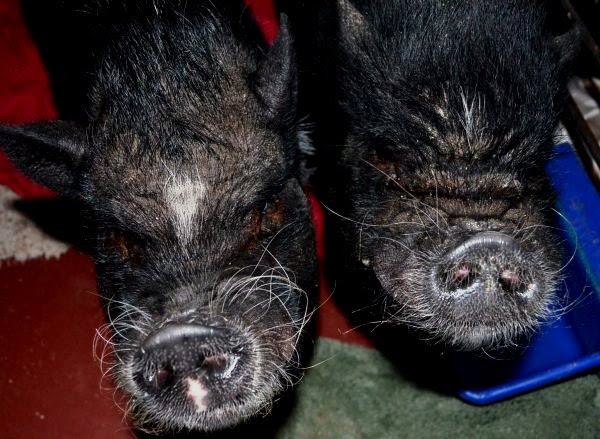 Pigs are herd animals and benefit greatly from the companionship of another pig. In fact, it is almost exclusively single pig families that reach out to PPN for help with behavior issues, and finding the pig a friend is a frequent recommendation. There is nothing quite like having a buddy of your own species who speaks your language.

While incredibly social, pigs are also very hierarchical. The addition of a new pig necessitates establishing their position in the herd, and this typically involves lots of posturing and drama, if not outright fighting. Since they are all unique individuals, it can be impossible to predict exactly how two pigs will get along. But opposites are typically a good pairing, as the pigs aren’t competing so much for the same position and can balance each other out. If you know that your pig has a stronger, more dominant personality, it’s generally best to look for a buddy who is more reserved and submissive. Some people with more mellow or timid pigs fear that getting them a bossier friend will result in their first pig being bullied, but these pairings can work well if the second pig’s confidence helps draw them out of their shell. Piglet/adult pig introductions also often (though not always!) go smoothly, as the piglet will likely defer to the adult and the adult may not view the youngster as a threat. If you’re looking to adopt your first pig, adopting a bonded pair can allow you to bypass the whole introduction process!

While the process of introducing pigs may be stressful for the humans to watch and manage, it will be worth it when the pigs have a better quality of life with companionship of their own species. Introducing pigs is a process you want to undergo thoughtfully and slowly. 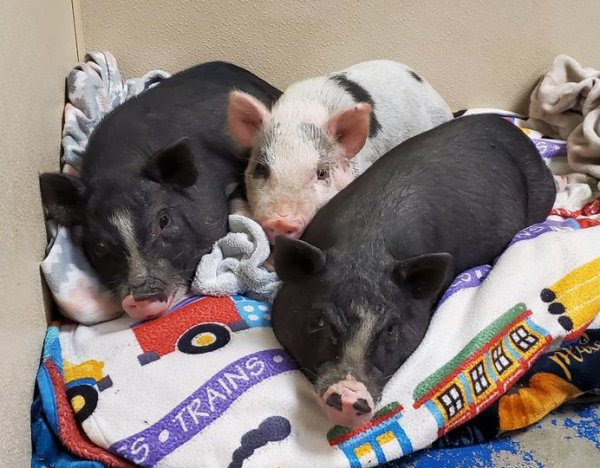 Here is the introduction process we recommend:

When introducing a new pig to your existing pig, wait until the new pig has a clean bill of health from a vet and both pigs are fully vaccinated (discuss with your vet which vaccines they recommend) before starting the process or exposing the pigs to each other. Ideally, it is best to quarantine your new pig, using good hygiene and washing hands after touching her. Both pigs must be spayed or neutered, healed from surgery, and free of hormonal behavior before they come in contact. Once you start introducing them, expect the introduction to take at least 2-3 weeks or possibly even several months.

The first week or so, have them meet through a fence only. Ideally this would be in a neutral outside area divided by a fence, with one pig on each side so they can run up and down the fenceline and do their posturing to work it out. They can also meet inside through a baby gate, but it’s best for them to have space to run back and forth along the fence.

Only once they are no longer reactive to each other through the fence should you start face-to-face intros in a shared outdoor space. The pigs will likely fight when they are in the same space initially, so have sorting boards handy in case you need to intervene. You would use the boards to split them up if the fighting gets to the point where they need to be separated to keep someone from getting seriously hurt. Then you would step back and let them continue with the introduction. You might also need to use the board to separate them if one wants to retreat and the other won’t allow it. Make sure to introduce them in a big enough area that they are able to get away from each other in case one wants to retreat.

Throughout this intro process, make sure you continue to put your existing pig first to minimize jealousy and change their routine as little as possible. Once they are integrated, their hierarchy may change, but for now, your first pig should know he is still your #1!

It is possible that they won’t end up being a good match, but you need to give it time and go slowly. This is a big change for both pigs, so patience is key.

Be aware that any time that your pigs have been separated, there is a possibility that they may resume fighting and need to go through a reintroduction.

The Mini Pig Info article linked here has more information on pig introductions, including video which may be helpful in setting expectations. 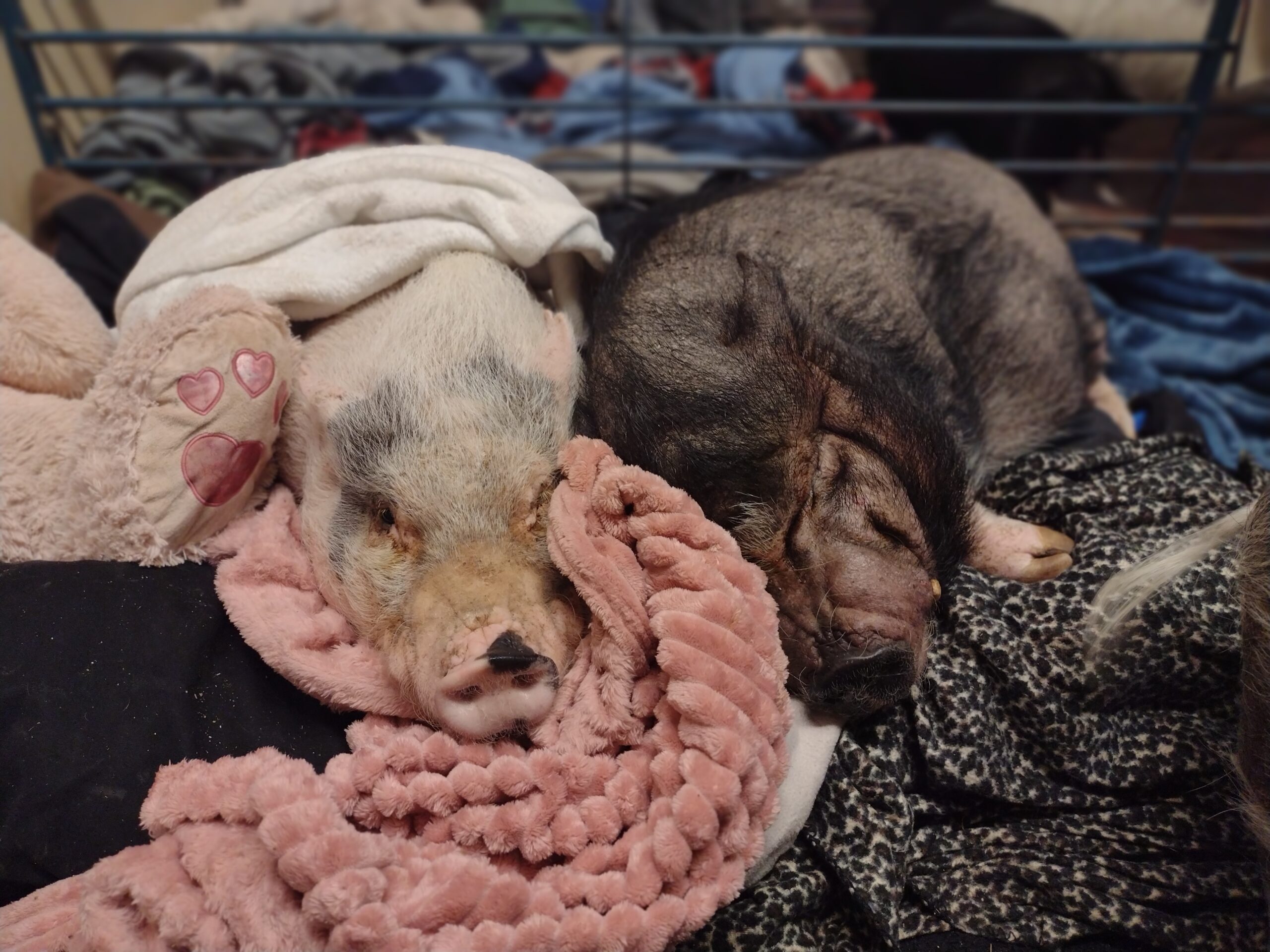