Covid_19 Waiver re: Spay/Neuter for Pets

By: rossmillfarmteam2|Published on: Apr 10, 2020|Categories: General|

Covid_19 Waiver from the Pennsylvania Department of Agriculture 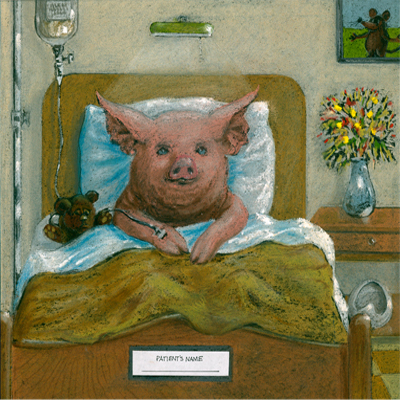 Pennsylvania’s Dog Law requires shelters and rescues to have dogs and cats spayed/neutered
prior to adoption. In consultation with the Pennsylvania Department of Health and the PA
Veterinary Medical Association, effective April 2, 2020, the Department of Agriculture is
temporarily waiving this requirement due to concerns over the spread of COVID-19. This will
allow conservation of PPE and limit risk of exposure to COVID-19 for veterinarians. Shelters
must keep a running list of pets adopted out during the COVID-19 pandemic, provide a copy to
PDA, and follow up with adopted pets to ensure the procedure takes place. Adoptive pet owners
will have up to 120 days from the time of adoption – timeframe to be re-evaluated as necessary
– to have the procedure completed and come into compliance.

The following words and phrases when used in this article shall have the meanings given
to them in this section unless the context clearly indicates otherwise:

“Adopt” or “adoption.” The transfer of ownership of a dog or cat from a releasing agency
to a new owner.

“Licensed doctor of veterinary medicine.” A person licensed to practice veterinary
medicine under the act of December 27, 1974 (P.L.995, No.326), known as the Veterinary
Medicine Practice Act, or licensed under similar laws and qualifications in other states.

“Neuter.” A procedure to render a male dog or cat unable to reproduce.

“New owner.” A person who enters into a binding agreement pursuant to section 902-A
and who adopts a dog or cat from a releasing agency.

“Releasing agency.” A public or private pound, animal shelter, humane society, society
for the prevention of cruelty to animals, rescue network kennel or other similar entity that
releases a dog or cat for adoption. (Def. amended Oct. 9, 2008, P.L.1450, No.119)

“Spay.” A procedure to render a female dog or cat unable to reproduce.

“Sterilize” or “sterilization.” The spaying or neutering of a dog or cat.

Section 902-A. Spaying or neutering as condition for release of certain animals.

No dog or cat may be adopted by a new owner from a releasing agency unless the animal
has been sterilized by a licensed doctor of veterinary medicine or unless the new owner signs
an agreement to have the animal sterilized by or under the supervision of a licensed doctor of
veterinary medicine and deposits funds with the releasing agency to ensure that the adopted animal will be sterilized. The amount of the deposit required shall be determined by each
releasing agency. In no event shall the required deposit be less than $30 for a dog or $20 for a
cat.
(902-A added Dec. 11, 1996, P.L.943, No.151)

Section 903-A. Refund of deposit upon proof of sterilization.

The funds deposited with the releasing agency shall be refunded to the new owner upon
the presentation of a written statement signed by a licensed doctor of veterinary medicine that
the subject animal has been sterilized. However, no refunds shall be made unless the animal
was sterilized within 60 days of acquisition in the case of a mature animal or, in the case of an
immature animal, within 30 days of the date the animal attained the age of six months.
(903-A added Dec. 11, 1996, P.L.943, No.151)

Section 904-A. Rules and sterilization agreement.

I hereby certify that the above-described animal has been sterilized on (give date).

Section 905-A. Extension of time to sterilize.

Upon presentation of a written report from a licensed doctor of veterinary medicine stating
that the life or health of an adopted animal may be jeopardized by sterilization, the releasing
agency shall grant a 30-day extension of the period within which sterilization would otherwise be
required. Further extensions shall be granted upon additional veterinary reports stating their
necessity.
(905-A added Dec. 11, 1996, P.L.943, No.151)